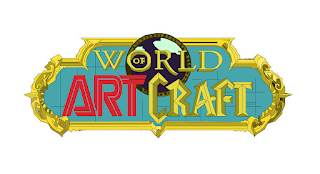 WORLD OF ARTCRAFT
We are four teenagers studying in Norway. Our school is called Vågen vgs and can be found in one of Norways cities called Sandnes. We are students interested in 3D- printing. Wanting to learn more about this our amazing teacher gave us this opportunity.

Why are we doing this?
To learn and experience. Even the teacher joined us in the progress of learning. She gave us a task to make our own chess pieces. We agreed to a theme for the pieces, and made sketches on paper.
To make the chess pieces we used a program called Fusion 360. We had to agree to the size of the chess pieces and stuff. The pieces is gonna be made of plastic, coloured black.

How we did it?
The event has showed us how teamwork is and how to plan stuff. Also gave us a better image on how 3D works. It´s a huge difference in our team when it comes to 3D- drawings and programs. Some of us had already used 3D- programs like Sketchy.
We did not know how to use Fusion 360, but we learned it all together. It took a lot of time to get used to it. We have all tried our best in finding out how Fusion works and learned a lot in the progress. We are now capable of making figures and such. We have also learned how to use this other program called Tinkercad. We have learned to think 3D to see the realistic part of making items.
We have visited a lot of places and learned a lot about how 3D-printing works. We have also learned about the 3D printer. How it works and what kind of materials you can use. Our teacher had printed out papers that showed us a step by step guide on how to use different techniques. Fusion 360 also has step by step tutorials on YouTube.

What does 3D mean?
3D is an abbreviation off three-dimensional, that describes a figure with 3 dimensions. This means that we see extent in both height, width and depth.

What is a 3D Printer?
3D-Printing is a relative short process. That layer by layer builds a prototype or a model. The way the process works is by adding layer by layer with new material! ( In either fluid or Powdered form) and arranges them in a desired contour. The process gets controlled by a computer program, and happens inside special machines that usually goes by the name of 3D-Printers. 3D-Printing stands out from other types of production because in no parts off the process is any type of cutting or drilling methods used.

Who is working in our team?
Our Team consist of 4 people. Luzie, Julie, Sunniva and Andreas. We are all 1th graders from Vågen upper secondary school and we are taking the educational route off SF (Studiespesialiserende med formgiving).

Why work as a design team?
We are all relatively new to 3D-Programs, and no one on our team has ever tried fusion 360 before. Because off this it is really useful to be able to shear knowledge and experiences that each individual has learned in this project. We do all have different ideas that we as a team can build upon to a chess board. Our team can together solve the tasks we are given. Either individually or as a group.


Our theme
Our theme for the chess pieces is the world in general. Different tourist buildings, and famous stuff from countries around the world. Two pieces from Europe, two from Asia and two from America.

Queen – Our queen is inspired from The Statue Of Liberty In New York, USA. We gave it a crown, like the statue has.
Bishop – Our Bishop is the rocket called Saturn V. It´s based of that rocket and is from Texas, USA. Which is NASA´s rocket.

Rook – Our Rooks is inspired by typical Chinese buildings that you see in movies like Mulan.

Knight – Our Knights is inspired from this straw goat that´s typical in Sweden.

Pawn –Our Pawn got a cute, typical Asian furniture look. It´s tiny and got inspired by Chinese lamps. 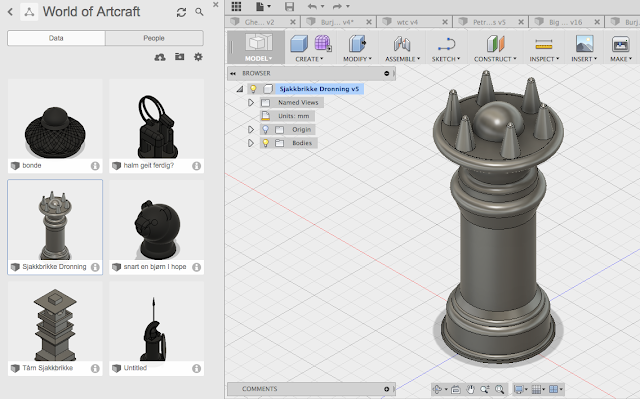 What is chess?
Chess is a board game designed for 2 people, were the goal is to take the opponents king (chess piece). Chess is played on an 8 times 8 grid, were the tow players have 16 chess pieces each. The basics of the game is easy to comprehend but there are many complicated strategies to both play and play around. This is what makes chess one of the worlds most popular games with over 600 million players.
kl. 09:12

Specialization in general studies for the programme area Art, craft and design is a three-year course for university admissions qualification. The programme area art, craft and design contains training in drawing, form, art and art history. The subjects of design and architecture have being given a more prominent place. Practical creative work in drawing and the use of art materials is important. Art and Art History are more closely linked to practical work, and are now integrated in the programme subject.